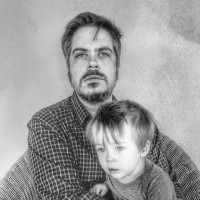 People call Star Wars fans nerds, but I would argue that fantasy football fans are even nerdier. After all, Star Wars fandom uses way less math and hardly any spreadsheets.

Check out our political fantasy team names for similar ideas.

Attack of the Jones

Ravens of the Sith

Revenge of the Swift

Yoda in the Canyon

Ok, so this is kind of a dirty Star Wars fantasy team name. But I know some of you sith lords out there are looking for exactly that.

Grogu was the runaway winner for Rookie of the Year in season one of the Mandalorian. Basically, Baby Yoda was the Ja'Marr Chase of the Star Wars universe.

Or is Ja'Marr the Baby Yoda of football? Either way, here are some Mandalorian fantasy team names.

You Ashoka Me All Night Long

This Is the Way

Keys to the Karga

In the world of Star Wars characters, Darth Vader is the perpetual number one overall draft choice. He's got the powers, the voice, the emotional depth, and the best uniform in the game by far.

Here are some Darth Vader fantasy football team names to pay tribute to everyone's favorite Dark Lord of the Sith.

Here are a few more Star Wars team names to honor the voice of Lord Vader.

I Am Your Father

Luke, I Am Your Daddy

The color scheme is already there.

Now I am the Master

Technically, this is a Spaceballs fantasy football team name, but I think it still counts.

Wookies are like tight ends. They're tall, strong, and their job is to clear the path for smaller, more popular characters.

Here are some Wookie fantasy football team names to help show some love to these underappreciated heroes.

Wookie of the Year

I Did It All for the Wookie

This Wookie fantasy team name is pretty silly, but I enjoy saying it too much to leave it off.

I like to recite the Jedi Code mantra before I draft my fantasy football teams.

There is no death. There is only The Draft.

Tailbacks of the Jedi

Can someone get these poor bastards some target practice? Until then, the least we can do is come up with a few stormtrooper fantasy team names.

These Millenium Falcon fantasy team names are fast enough for you, old man.

I heard that at the combine they did the 40 in 12 parsecs.

Carrie Fisher was every bit the badass icon in real life that her most famous character was on screen. These Princess Leia fantasy team names are an unworthy tribute, but they're all that we have.

Be sure to check out our article dedicated entirely to fantasy football names for girls.

Star Wars Fantasy Names from Around the Internet

It seems like every time I check the internet there's some new Star Wars something coming out. Maybe it's a movie, a tv show, a video game, a book, or heavy-metal concept album.

They just keep coming, and frankly, it's almost too much. Here are some Star Wars fantasy names from other writers just to help me keep up.

Maybe you weren't impressed with all these Star Wars team names ideas, and you think you can do better. Well, prove it you stuck-up, half-witted, scruffy-looking nerf herder.

Take your best shot in the comments below, and if we like it, we'll add it to the list. And may the force be with you.